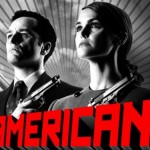 I am a big fan of “The Americans” TV show on FX.  Its an exciting cold war spy thriller with complex personal relationships and deep moral conflicts.  So I was interested in a recent article in the Wall Street Journal (The Mystery of Loyalty, in life and on The Americans) that discusses one of the fundamental conflicts in the show.  That is the conflict between the loyalty one feels to a group (e.g. country, family, ideology) and basic morals prohibiting killing innocent people or seducing underage girls.  The article describes the conflict and sets up the question.  But the author provides no answer.

My take on this conflict?  Don’t murder innocent people out of a feeling of loyalty.  Loyalty is one of those intense moral sentiments humans have acquired over millennia. It is reinforced biologically (chemically induced feelings) and culturally.  Loyalty helped us survive when group cohesion was necessary to counter frequent existential threats.  Today that sentiment has lost much of its value. Often it causes more harm than good. How much of the pain we read about on the front page is caused by conflicts driven by visceral hatred of the outsider and loyalty to ones’ group?  My preference is to give more weight in making moral decisions to reason and less to emotions such as loyalty. Distinguish commitment based on reasoned judgment from blind loyalty and our innate distrust of those different from us. Try to live a virtuous life based on reason. Look to Aristotle, Kant, and Mill rather than our distant tribal ancestors.